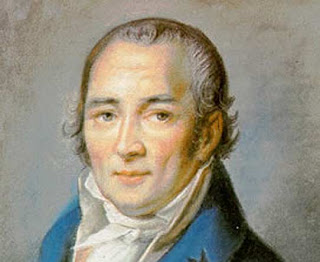 A Shave as an Act of Charity

A poor man with a black beard came into a barber’s shop and asked, for the love of God, not for a piece of bread, but a shave: would the barber kindly take off his beard so that he looked like a decent Christian again? The barber picked up his worst razor, thinking, ‘Why should I blunt a good one when he’s paying less than nothing?’ While he was scraping and hacking away at the poor wretch, who couldn’t complain since the bad job was being done for nothing, the dog started howling in the yard outside. ‘What’s up with Rover,’ said the barber. ‘to make whine and howl like that?’ ‘I don’t know,’ said Mike. ‘Don’t ask me,’ sad Johnny. But the poor devil under the razor said, “ He must be being shaved for the love of God too, like me.’

A farmer on a nobleman’s estate met the schoolmaster in the fields. ‘Schoolmaster, do you still stand by what you were telling the schoolchildren yesterday: “Whosoever shall smite thee on thy right cheek, turn to him the other also”? The schoolmaster said, ‘I can’t change a word of it! It’s written in the gospel!’ So the farmer boxed his ears, both of them, for he had a long-standing grudge against him.

Meanwhile the nobleman was riding by a little way off with his gamekeeper. ‘Go and see what those two are up to over there, Joseph!’ And as Joseph came up, the schoolmaster, who was a sturdy fellow, boxed the farmer’s ears twice too, saying ‘It is also written: “With the same measure that ye mete withal it shall be measured to you again. Good measure, pressed down, and shaken together, and running over, shall men give unto your bosom”!’ And with that text he gave him another half dozen good blows to the side of his head. Joseph went back to his master and said, ‘There’s nothing to worry about, sir, they’re only discussing Holy Scripture among themselves!’


Remember: You must not try to argue about Holy Scripture if you don’t understand it, least of all the way they did. For that same night the nobleman had the farmer locked up for a week; and the schoolmaster, who should have had more sense and more respect for the Bible, was sent packing when school closed in the spring.