The Strange Case of Dorothy Wordsworth by Frances Wilson 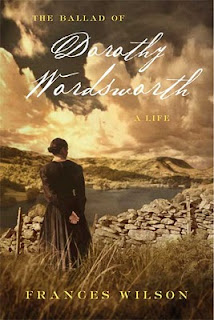 Dorothy had long developed dependencies on opium, which she took twice a day, and laudanum, of which she took between fifteen and twenty-five drops daily; without stimulants. Sara Hutchison said, "you could scarcely believe her alive." When the drugs were withdrawn, in the disappointed hope that it might improve her mental health, Dorothy was only happy eating, stealing whole chickens from the kitchen. The once nimble, wiry body became encased in flesh. Her friends all dying and her constitution weakened by drugs, no longer able to walk and with nothing much to do- reading was now impossible because she was, she said, "too busy with my own feelings"- Dorothy became physically violent, verbally abusive, resentful, vulgar, self-pitying, and childlike": "a clever tyrannical spoilt child" one friend said; simply "a spoilt child" the more charitable Mary reported. Her pleasures as the years dragged by were no longer watching the birds or the surface of the lake, but waiting for the cuckoo clock to strike the hour, which made her whoop with delight, and splashing water about in a kitchen bowl.

Guests to Rydal Mount were kept away from this unkempt figure who prowled the back bedroom on the top floor, squawking like something inhuman, flaying the caps of the nurses with her nails, and bruising their arms with her fists. "We can give her no neighbors but ourselves," Mary said, "or she would terrify strangers to death...

William now tended to his sister's every need, Crabb Robinson wrote "By the bye, Mrs. Wordsworth says that almost the only enjoyment Mr. Wordsworth seems to feel is in his attendance on her- and her death would be to him a sad calamity!!! I cannot help reproaching myself for my inability to concieve this state of mind distinctly."

But sometimes it seemed that Dorothy had quite recovered." She is, as you know at times," Mary wrote

& for a short space her own acute self, retains the power over her fine judgement & discrimination- then, & at once, relapses into childlike feebleness- and gives vent to some discomfort by merry sallies or with the impatience of a petted child contrives one want after another, as if merely to provoke contradictions. But she has no delusions, & we can only consider her state poor thing, as that of premature Dotage.

What is striking about the pattern of Dorothy's madness is how it repeats the pattern of headaches in the early years of her sojourn with her brother: it comes and goes. The Gramere Journals describe her as being very ill and very well on the same day, as being able to shift between motionless trances and energetic walks in the same way she now oscillated between childlike states and adulthood.

Dorothy's response to William's final illness in the spring of 1850 left the family baffled. Her dependence on her brother they had believed to be absolute, but as he faded away, she came back into focus. Edward Quillinian reported from the deathbed of the poet:

Miss Wordsworth...is as much herself as she ever was in her life & has an almost absolute command of her own will! Does not make noises; is not all self; thinks of the feelings of others, is tenderly anxious about her brother; & in short, but for age and bodily infirmity, is almost the Miss Wordsworth we knew in days past.


What was wrong with Dorothy Wordsworth?

Would she have been saved her later suffering had she stayed living with the Cooksons, visiting the Forncett poor, running her Sunday school, or become a wife and mother instead of embarking on an odyssey of poetry with her charismatic sibling? Was the exhange of a lifetime of predictable days for a brief spell of intensity in the end worth it? Living with a writer is known to be difficult, but with Wordsworth's egomania, insomnia, and hypochondria; his creative blocks, his endless revisions, his loathing of putting pen to paper, his insistence on adulation, his years of obscurity, his troubled friendshp with Coleridge, his dependence on his sister's presence and the accessibility of her every thought, Dorothy surely had it harder than many literary companions.


In the last of his Tait's essays Thomas De Quincey implied that her collapse was due to the intellectual and imaginative boredom of her life after Wordsworth married and to the long-term effects of suppressed literary talent. She would have been spared her suffering had she been able to read more widely, to write more and to write publically, to live the life of a blue-stocking he believed her- perhaps wrongly- to be, but this was never encouraged. "It is too much to expect of any woman (or man either)" De Quincey believed,

that her mind should support itself in a pleasurable activity, under the dropping energies of life, by resting on the past or on the present: some interest in reversion, some subject of hope from day to day, must be called in to reinforce the animal foundations of good spirits. Had that opened for Miss Wordsworth, I am satisfied that she would have passed a more cheerful middle-age, and would not, at any period, have yielded to that nervous depression which, I grieve to hear, had clouded her latter days.

Helen Darbishire believed that she suffered from arteriosclerosis, which eventually effected the brain, resulting from the attack of gallstones that first came on while she was at Whitwick. Most recently, Robert Gittings and Jo Manton suggest that Dorothy was a victim of presenile dementia and that her symptoms were similiar to those of Alzheimer's. The problem with these diagnosis is that she stayed in this state for over two decades, during which she had occassional bursts of concentration and ludicity, which are against the diagnosis of an organic dementia.. As Mary said of Dorothy's illness, "It is a strange Case."

Frances Wilson's suggestion is that Dorothy suffered from depressive pseudodementia, a condition in which severe depression mimics the symptoms of dementia such as cognitive impairment, confusion, forgetfulness, and lack of self care, and today she would be treated with antidepressants. It is interesting, the author notes, that her collapse did not take place immediately after Wordsworth's marriage, to which she quickly adapted and whose fruits (children) gave her a new sense of purpose. It occurred after the deaths of Coleridge and her close companion Sara Hutchinson, and the departure from Rydal Mount of her beloved John, at which point Dorothy suffered from an extreme form of being empty of herself.

In other words, the disintegration of her familiar world, a "lifetime of predictable days', drove her into the twilight betweeen sanity and insanity. This hypothesis is consistent with the author's account of Dorothy's negative response to the time she spent traveling in Germany with William and Coleridge.

"Dorothy, who had expressed a desire to travel in order to broaden the mind and see what she called "different people and different manners", discovered that travel had the effect instead of limiting her mind. She preferred being around the same people and the same manners; it was familiarity by which she was inspired and difference that she feared. What she sees in Germany makes her appear provincial and narrow-minded, which of course Dorothy was. In her Grasmere Journals she would write about home as no one she had read had done before, imbuing the domestic with a sense of the sublime, but away from home Dorothy's journals were the work of the middle-class evangelical she was raised to be. The perfect electrometer had become the recorder of small change and foul stenches, the lone nightengale joined the chorus of Englishwomen everywhere.

And consistent with Dorothy's distaste for the "helter-skelter" of City life, as well incestous precipitations which watered the hills and vales of so much of the Romantic Literature in the 19th century.
Posted by johnshaplin at 6:15 PM